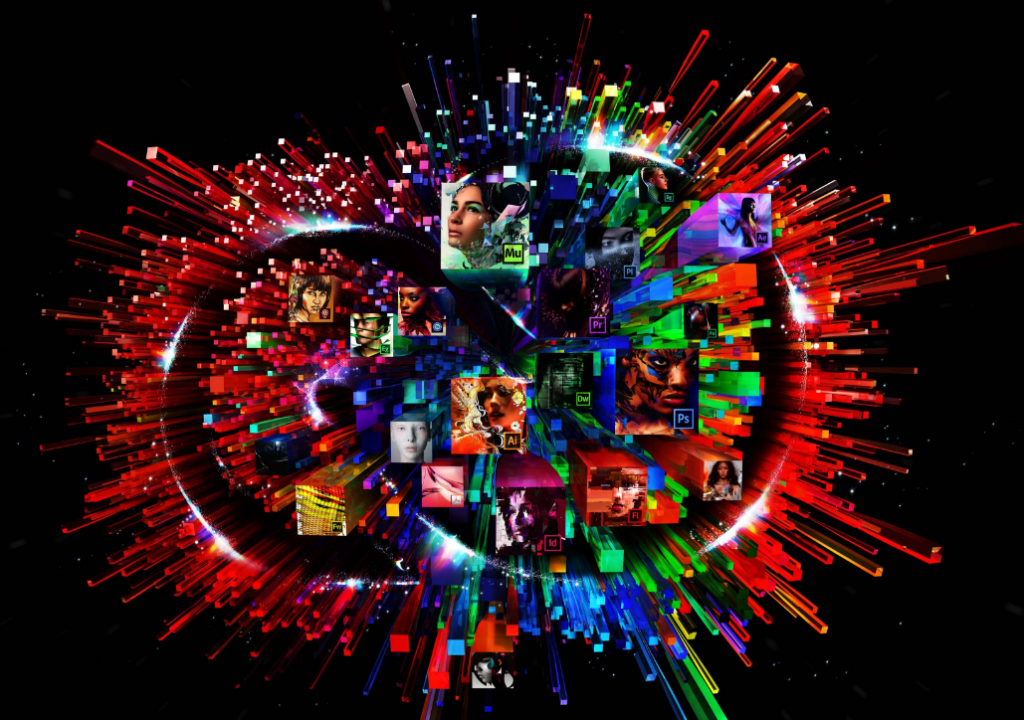 By admin | News | No Comments
By David Cardinal

Adobe is certainly living up to its side of the implied bargain with Creative Cloud subscribers that it would continue to add value to its tools on a regular basis. Once again this year, Adobe has not only updated its Creative Cloud applications with some cool new features, but added an amazing new application — Adobe Fuse CC. We’ll give you a round up of the most significant new features, with a focus on Photoshop and Fuse.

While not as dramatic as the Photoshop update earlier this year, the new version does bring one major user interface improvement — fully customizable tool palettes. I suspect no one uses all the tools in the palette, but everyone has to hunt through the complete set of them to pick out the ones they want. Now you can easily drag and drop the tools you use most into fly-out sets of your own creation, or simply hide the ones that get in the way. The customization dialog even provides real time preview of your changes which, while hardly necessary, is pretty cool. As with almost everything you customize in Photoshop, you can save multiple different tool palette layouts for different purposes.

Workspaces can also be customized now. The new Design Space capability places an HTML5-based layer over the Photoshop engine, for easy design of artboards — especially useful for faster creation of layouts usable on mobile devices. SVG-format files can also now be used directly in Photoshop. The UI has also been cleaned up a bit, with improved support for touch — including an option to display larger tabs and a soft keyboard for modifier keys, as well as additional touch gesture support. These new capabilities will be especially useful for users of Microsoft Surface tablets.

For those preparing a lot of images for the Web, or for clients, the Export As… command continues to get faster and more feature rich. Adobe intends it to completely eliminate the need for the Save for Web… command over time, although the old version is still there for now.

For graphic artists and designers, many of the same usability improvements are echoed in updated versions of Adobe Illustrator and Adobe InDesign. In addition InDesign now features (in Preview) a tool for instantly converting print layout documents to an online format. There is also an interesting new tool, Adobe Portfolio (in Preview), that allows photographers to quickly create websites for themselves.

It has been a long time since I’ve reviewed a product as fun to use as Adobe’s Fuse CC. You can create fairly-lifelike 3D characters from scratch with almost no work. You can pick different looks for different parts of the body, the hair, and clothes simply by pointing and clicking. That’s not incredibly novel, but the simplicity of customizing just about every aspect of your character by selecting it and then changing properties (often through direct manipulation) lets you create just about any person you can imagine without knowing much about either anatomy or drawing.

Previously, animating characters required either the use of an online service (like Mixamo, which was acquired by Adobe) or a separate application. Now, Photoshop users can make direct use of the characters created in Fuse. Simply save them to your Adobe Library from Fuse, and then drag them into a Photoshop document. The character appears as a new layer, along with the rest of your content. The best part is that Adobe has taken all the very cool animations from Mixamo and put them into Photoshop itself, so you can have a guitar-playing rock star, or kick-boxing action hero, with just a few clicks of the mouse.

Like any 3D object in Photoshop, your character can be moved around in a variety of ways, for tight integration into your overall design. Photoshop’s lighting tools are also available for you to customize the final look of your scene, along with the ability to move the virtual camera around. Now, I’m definitely not a 3D designer, or animator, so I can’t claim to compare this solution with others already on the market. But as a heavy-duty Photoshop user, I know that if I needed to incorporate a 3D character into one of my projects, this would be by far the easiest (and most fun) way to do it. I created this simple character, animated it, and placed it on a background photo in just a few minutes:

Users of Adobe’s increasing number of other tools shouldn’t feel left out. There are lots of goodies across the board, with a particular emphasis on capabilities for UX designers and those who edit video. For example, Adobe Stock now has over a million HD video clips in addition to still images and graphics. It also features tighter integration with Adobe’s Library feature for a more-streamlined workflow.

As promised, Premiere Pro now has additional support for Ultra HD and HDR video, and has been optimized for use with touch-enabled devices. It has also added an Optical Flow Time Remapper that allows smoother fast-and-slow motion special effects and frame rate conversions.

Adobe’s mobile video editing app, Premiere Clip, has also been updated to version 2.0, and made available on Android. It lets you not only edit traditional video clips, but quickly make a “Ken-Burns-style” slideshow — complete with automatically-selected or your own music — from your images. I was able to select a folder of my Lightroom Mobile images, arrange them, set them to music, and produce a video slideshow — like this one I made from some images from a trip to Myanmar — in just a few minutes.

Adobe still has more to come from the list of features it promised at MAX — some later this year, and some next year. One of the coolest new tools — Project Comet — is still in the “teaser” stage, but it promises to be a very powerful UX design system when it comes out in 2016. In the meantime, there is something for everyone in this update for Adobe’s Creative Cloud suite of tools. The updated versions are available for download to Creative Cloud subscribers through the App Update feature in Adobe’s Creative Cloud application.