Fresh Out The Oven 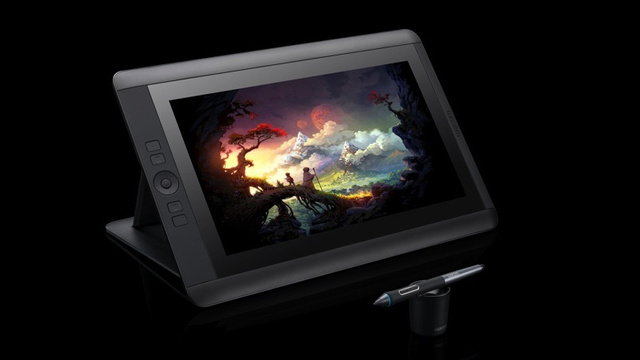 By admin | General, Uncategorized | No Comments

If you love the idea of pretending to be a hipster graphic designer with one of Wacom’s beautiful Multitouch Cintiq tablets but can’t quite stretch to the $3,7o0 price tag, good news. The company has just announced a cute—and much more wallet-friendly—13-inch version.

The Cintiq 13HD offers up a 13-inch HD pen display and a new Pro Pen. Fine details aren’t fully confirmed yet, but the pen provides 2,048 levels of sensitivity and tilt recognition, and the display provides the same ExpressKeys and Rocker Ring as its bigger brother. Perhaps most importantly, it costs $1,000—making it a little more accessible for the hobbyists of this world. It’s also worth noting that its size actually makes the Cintiq platform vaguely portable, so it’ll no doubt be tempting for those who travel a lot, too.

By admin | Uncategorized | No Comments

Adobe will adjust its subscription plans to appeal better to photo hobbyists, but it won’t restore what many critics want — an option to buy perpetual licenses to new versions of its software.

David Wadhwani, general manager of Adobe’s digital media business, touts the Creative Cloud at the company’s Max conference in May 2013.

Anyone disappointed with Adobe Systems’ switch to sell most of its software exclusively through subscriptions will have to remain disappointed.

The San Jose, Calif.-based company will make some changes to its $50-per-month Creative Cloud subscription to accommodate photography hobbyists and those who need access to files after they stop paying monthly fees, David Wadhwani, general manager of Adobe’s digital media business, said in an interview Tuesday. But it won’t turn back the clock to sell perpetual licenses to its software alongside the subscriptions, he said.

“We understand this is a big change, but we are so focused on the vision we shared for Creative Cloud, and we plan to focus all our new innovation on the Creative Cloud,” Wadhwani said.

The subscription, which grants access to Adobe’s full suite of software as well as some online services, costs $600 per year with a full-year commitment. Customers who want it for a shorter period can pay $75 for a single month, and Adobe also sells subscriptions to individual titles such as Photoshop or After Effects for $20 per month. Gone are the days when it sells a perpetual license that lets a customer use a version of the software for as many years as desired.